Table magician Michel van Zeist makes the impossible possible at the table of your guests.

Table magic is more popular than ever. As a walkaround magician, Michel mingles among your guests and creates a sublime atmosphere. Tricks with among others banknotes, coins, playing cards, watches and mobile phones are on the agenda.

In a miraculous way, Michel knows how to turn a 5 euro bill into a 50 euro bill, melt rubber bands together and make your lost wedding ring appear out of a tea bag. A small act with great impact. Magician Michel entertains your guests with everyday attributes at their table.

Table magician Michel is a welcome guest at corporate events, fairs, receptions and weddings. He performs throughout the entire Netherlands and can assemble a suitable program for almost any occasion. With a performance of this walkaround magician, you are assured of high quality entertainment.

The popularity of close-up magic

Through television shows such as Magician Impossible (Dynamo), Mindf*ck (Victor Mids) and It's a kind of magic (Steve Carlin), classic magic had to make room for table magic 2.0. The black-clad magician on stage - often with a high hat and a rabbit - is passé. Today, magic happens right under the nose of the spectators.

Deliciously dine while enjoying a magic show? Michel has an act which he can perform in any restaurant and hotel. Conjuring on the square centimetre, at the table of your dinner guests. A unique experience! 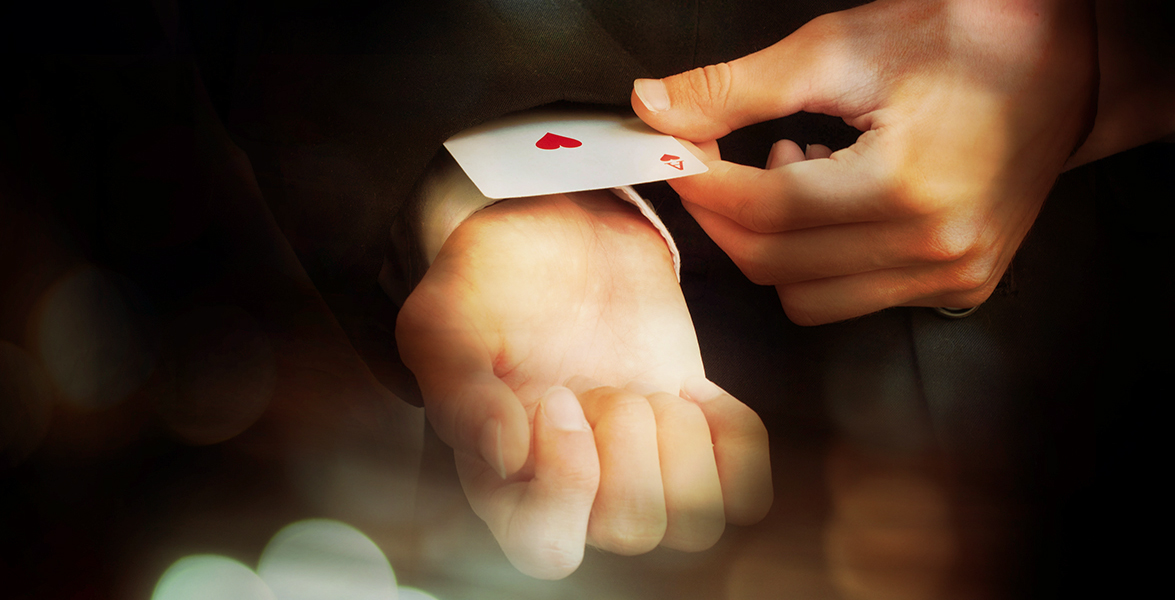 Our answers on frequently asked questions may prove to be the answer on your question as well.

Of course, you are always free to pose us your question by phone or by e-mail.

Where can table magician Michel be deployed?

As a table magician, Michel can be deployed at nearly every location. He performs quite a lot in hotels, restaurants and even bars. In addition, other locations such as boats, museums and castles are also suitable. Whether the guests are seated at a table, stand at a bar or perhaps aren't in the vicinity of a smooth surface at all: it doesn't matter. Table magician Michel presents a mobile act which he can perform both inside and outside (weather permitting).

The most important condition for table magic is that everyone can be heard and understood. Hard background music impairs the magic performance.

For what occasions can table magician Michel be deployed?

Michel can present a suitable, appropriate program for almost every occasion.

A table magician (tafelgoochelaar) often performs at the table, but isn't dependent of it; even without tables, Michel's performance is a success. Therefore, the designation walkaround magician (rondlopende goochelaar) is sometimes preferable. During magic championships, designations such as micro magician or close-up magician are commonly used.